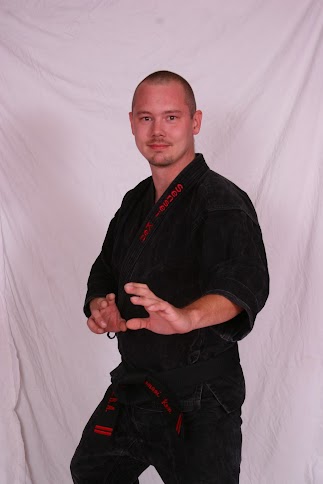 The start to my training was in 2004 at Alfred State college under the Direction of Marion Kellogg in Chidokwan karate-do. A style created in Alfred with a foundation of Shotokan. A somewhat modern twist on a traditional style was my first exposure to the martial arts. After graduating in December of 2006, I needed to find a new school. After talking with Elise Flynn about where and what to do, the words she said will never leave my thoughts. “It doesn’t matter the style, a good instructor is most important.” She did direct me to Shihan Elwin Roberts. Training with him for a couple of months increased my power, and sense of true fighting. Yet I wanted to continue my martial arts training and understanding of myself. After stopping into the IBBA and meeting everyone, I was hooked and found amazing instructors that have their own strengths in so many different areas of the martial arts.

“The Hardest part about Karate is making it to Class.”
“Have Purpose to your Motion.”